This project is about using national instruments DAQ systems to process analog and digital data. The initial goal of the project was to be able to draw on the oscilloscope with two potentiometers and have some switches and lights to control its state.

The outcome looks as in the following figure: 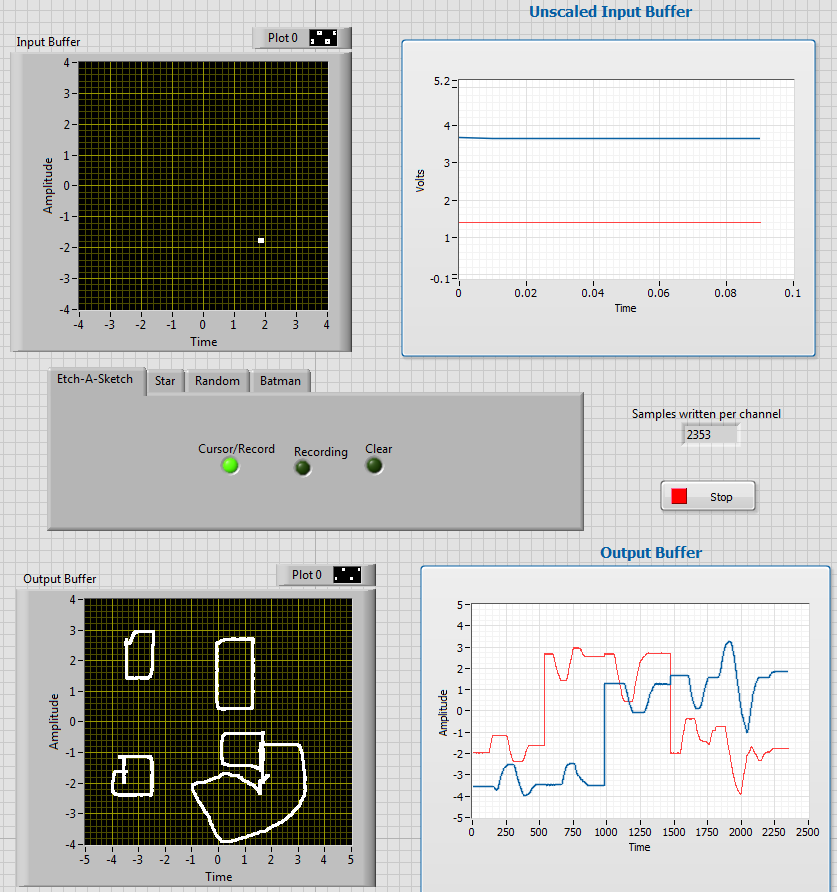 As can be seen from above, the expectations were exceeded by far. Not only is the user now able to draw on the oscilloscope, but there are different drawing modes:

The current output can not only be seen on the oscilloscope but also on the XY graph on the LabView VI.